Skip to content
Instacart has an audacious plan to replace its army of gig shoppers with robots — part of a long-term strategy to cut costs and put its relationship with supermarket chains on a sustainable footing. From a report: The plan, detailed in documents reviewed by Bloomberg, involves building automated fulfillment centers around the U.S., where hundreds of robots would fetch boxes of cereal and cans of soup while humans gather produce and deli products. Some facilities would be attached to existing grocery stores while larger standalone centers would process orders for several locations, according to the documents, which were dated July and December.

Despite working on the strategy for more than a year, however, the company has yet to sign up a single supermarket chain. Instacart had planned to begin testing the fulfillment centers later this year, the documents show. But the company has fallen behind schedule, according to people familiar with the situation. And though the documents mention asking several automation providers to build the technology, Instacart hasn’t settled on any, said the people, who requested anonymity to discuss a private matter. In February, the Financial Times reported on elements of the strategy and said Instacart in early 2020 sent out requests for proposals to five robotics companies.

An Instacart spokeswoman said the company was busy buttressing its operations during the pandemic, when it signed up 300,000 new gig workers in a matter of weeks, bringing the current total to more than 500,000. But the delays in getting the automation strategy off the ground could potentially undermine plans to go public this year. Investors know robots will play a critical role in modernizing the $1.4 trillion U.S. grocery industry.

Software Security Ideas Ahead of Their Time

From ‘Penetrate and Patch’ to ‘Building Security In’ 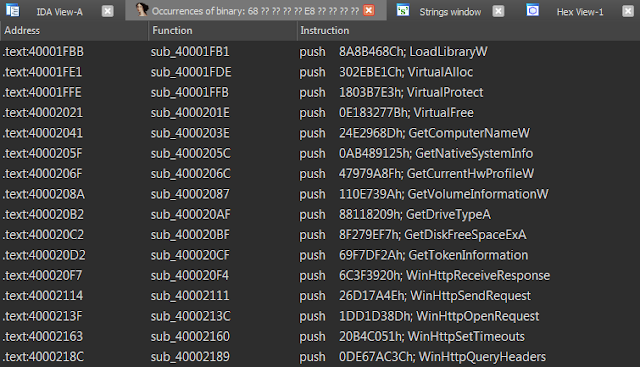 Uchihash – A Small Utility To Deal With Malware Embedded Hashes

SANS Tip of the Day: Scamming You Through Social Media

Hello Crawler 2.0! How we improved our core service and what this means for your scan results