Web is a primary and essential service to share information among users and
organizations at present all over the world. Despite the current significance
of such a kind of traffic on the Internet, the so-called Surface Web traffic
has been estimated in just about 5% of the total. The rest of the volume of
this type of traffic corresponds to the portion of Web known as Deep Web. These
contents are not accessible by search engines because they are authentication
protected contents or pages that are only reachable through the well known as
darknets. To browse through darknets websites special authorization or specific
software and configurations are needed. Despite TOR is the most used darknet
nowadays, there are other alternatives such as I2P or Freenet, which offer
different features for end users. In this work, we perform an analysis of the
connectivity of websites in the I2P network (named eepsites) aimed to discover
if different patterns and relationships from those used in legacy web are
followed in I2P, and also to get insights about its dimension and structure.
For that, a novel tool is specifically developed by the authors and deployed on
a distributed scenario. Main results conclude the decentralized nature of the
I2P network, where there is a structural part of interconnected eepsites while
other several nodes are isolated probably due to their intermittent presence in
the network.

Tips To Format And Validate Your JSON Code Online

Exclusive Interview With Russell Rothstein, CEO of IT Central Station

How To Write A Research Paper Introduction (Cybersecurity) 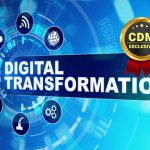 Businesses Should See Security as An Enabler of Digital Transformation, Not A Hindrance